BIOGRAPHY | MOVIES | DJ MIXTAPES|
ABOUT US PROMOTE Podcast Contact Us

Nigerian fast rising star Rema, born Divine Ikubor has promised his fans that he’s going to give them lots of projects for his music career this year, 2020.

He has assured his fans across the globe to keep faith in him as he is about to take over the Nigerian Music Industry with his artistic talent which they willll be very proud of him.

Rema, in laying down his 2021 resolutions for his career, revealed these 5 things that it’s a promise he will try to keep to enterain his fans to the max.

Beginning the year 2021, Rema has assured his fans of releasing his debut album this year. It’s nearly two years since he made his debut into the Nigerian music industry.

The Jonzing World & Mavin Records Artist says he’s ripe for an album. So far Rema has been thriving on his EPs and banging singles for a year and some months now. He has therefore promised to release his first album in 2021, two years into the industry.

Rema has promised his fans that, he is going to release songs that are only bangers that are potential global hits in 2021.

To him, he is not going to release songs that are not going to push him to the top of his musical career especially in Nigeria.

Rema says people are taking advantage of his name and brand for for likes and follows sake.

In his recent tweet, he complained that, his colleague artists are figting him in the industry because he’s bigger than them all.

He has therefore promised his fans that, 2021 is going to be a new game for his haters. He said respect is reciprocal and he will only respect those who respect him.

Rema has promised that, he will embark on international tours in 2021.

The plan is to connect with his fans who are outside Nigeria and also to make names and headlines with his international shows.

Rema is expected to do more features and collaborations than he did in his previous two years in the Nigerian Music Industry.

“I Was Paid 10 Million Dollars To Pretend I Have COVID-19” -Rapper, Aka Reveals 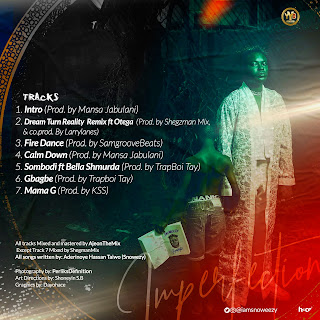 Looking for Something On Liteup9ja? Oya Search below